Tsunami science for the sake of efficient warning and preparedness

The 26 December, 2004 tsunami triggered off Sumatra island (Indonesia) produced disastrous impacts in the Indian Ocean, close to, and at large distances from, the original earthquake. This event reminded the public audience and the scientific community, how such huge geological events can imply unexpected human and economic loss. Nevertheless very rare, large earthquakes can happen on plate boundaries, specifically on subduction zones, and will happen again in locations sometimes underrated nowadays, such as on the Hellenic Trench or in the Caribbean area.

This talk will address the physical processes associated with tsunami genesis, propagation and coastal amplification. While available catalogues are incomplete for several regions, improvements have been made to document past events thanks to various data, including paleodeposits. Plausible scenarios make use of numerical modeling, to take into account the successive physical stages of a tsunami life. These numerical studies contribute to a better understanding of the generation and propagation of tsunamis, and of coastal impacts, thus improving hazard studies in poorly constrained areas.

Every oceanic basin has started from 2004 to set up warning systems, under Unesco auspices, based on the example of the Pacific Tsunami Warning System established in the 1960s to monitor tsunamis in the Pacific Ocean. In the North East Atlantic and Mediterranean (NEAM) region accordingly, a intergovernmental system was established, and five Tsunami Service Providers (TSP) have been recognized since then (France, Greece, Italy, Portugal, Turkey), as able to provide international messages to their subscribers. In France for example, the Cenalt (Centre national d’alerte aux tsunamis) has the mandate to monitor the seismically active zones in western Mediterranean and NE Atlantic Ocean, where large earthquakes can occur and possibly trigger tsunamis able to reach French coastlines. The 24/7 monitoring allows to issue warning messages to the French Civil Security in less than 15 minutes, and, as a TSP, to any subscriber at the NEAM level.

However, actual physical data are still very sparse to provide precise and dense tsunami measurements throughout the various processes implied, especially offshore in the deep ocean. This is prejudicial to a robust validation of any numerical model. In addition, such data would greatly help operational objectives in real time, when a tsunami is under propagation and modeling can provide forecasts for remote places.

Finally, while tsunami science has made very significant progress since 2004, and warning centers have been set up in relevant basins, it is worth concluding that risk analysis and preparedness have to be strengthened at the coastal level so that local authorities and stakeholders can react in due time and organize land use planning as well as evacuation procedures. This awareness is nowadays also essential everywhere people travel, particularly in the Mediterranean where very large events did not occur for years.

As part of the energy transition towards a low-carbon environment, there is a significant focus on developing offshore wind as a viable renewable energy. The offshore wind farms typically cover extensive areas which are characterized by a complex geological history, often affected by significant sealevel fluctuations and large-scale glacial processes, which have left a distinct imprint on the sub-surface. Hence, the geospatial variability in soil conditions is one of the major challenges for the development of such area, and ensuring the safe installation of infrastructure (e.g., bottom-fixed or floating).

At the same time, there is a wealth of geophysical acquisition methods and technologies that become readily available, which can help unravel the soil properties at higher resolutions, while also carefully monitoring uncertainties. In this perspective, the advent of innovative data-driven techniques, using state-of-the-art inversion and machine learning approaches, aids in translating all the data into robust 3D predictive soil parameter models in a consistent geological framework.

Whereas the bulk of geophysical sub-surface data collected is typically limited to P-wave reflection seismics, there is a need for collecting complementary data in an efficient way, and for further bridging the gap between the sub-surface imaging and derived soil properties. This keynote paper will present a series of recent developments and recommendations which can further progress the geophysical site characterization to ensure safe developments.

Even though central Asia provides one of the largest glaciated areas outside the Polar regions, surprisingly little is known about the glacier resources and their future evolution. While a large number of long term mass balance series exist in e.g. the Alps, there are only very few, mostly discontinuous existing between Tian Shan and Himalaya. The knowlege about the glacier characteristics is even worse, where detailed measurements exist mostly in the Himalaya and some glaciers in the mountain ranges of the former Soviet Union. However, this lack of basic knowledge triggered several initiatives on different scales for constraining the glacial parameters in this region. Dedicated surveys of the major unknowns aim on accumulation conditions at high altitudes, the influence of debris cover on ice ablation and basic ice thickness distributions, which complement urgently needed long term mass balance observations. Only such knowledge it will allow to explain features like the "Karakoram Anomaly", observed by remote sensing techniques, and provides the basis for realistic estimates of the future contribution of these glaciers to water discharge and sea level.

Continental rifts are nascent plate boundaries where crust and mantle lithosphere are extended and possibly broken. Currently active rifts comprise for example the Central European Rhine Graben and Eger rift, the East African Rift and the Basin and Range province in Western North America. During break-up of the supercontinent Pangea in Mesozoic times, the global extend of rift systems was three times larger than today, shaping the continental rifted margins of the Atlantic and Indian Ocean.

The geodynamic factors that control the initiation and evolution of rifting act across a wide range of scales, from centimetres in the case of inherited foliations and kilometre-scale crustal faults up to several 100 kilometres width of plate boundary deformation. Recent advances in geodynamic modelling of plate boundary processes allow for joint simulation of fault network evolution and lithospheric thinning and demonstrate a close interaction between tectonics and surface processes. Rifts play a major role for the tectonic force budget of neighbouring plates: strong lithospheric weakening feedbacks lead to a drastic strength loss that can increase plate velocities up to ten times during a few million years – an abrupt acceleration for otherwise more slowly changing plate motions.

Rifts and rifted margins not only shape the surface of our planet, they are also of societal relevance, through hazards caused by earthquakes, volcanism, and CO2 release, and through their resources, such as ore deposits and geothermal potential. Current research focusses on developing new methods to identify, monitor and model the structures and processes that are responsible for hazards and resources alike. 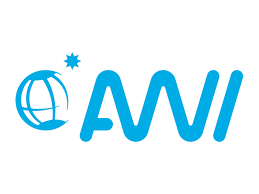